America is more divided than at any time in modern history. Red & blue; rich & poor; black & white; immigrant & long-time citizen. The election of President Donald Trump brought these divisions into sharp relief. It is also fundamentally altering America’s relationship with the world. Broadcasting from the “Blue States” of the Pacific Northwest and hosted by award-winning journalist Lawrence Pintak, American Fault/Lines is a ten-part series of post-inauguration programs that examine the most divisive issues tied to the Trump presidency. The program presents intelligent, fact-based interviews with guests who are not “the usual suspects,” and who can shed light on the roots of division, the context of the debate, and the possible solutions. 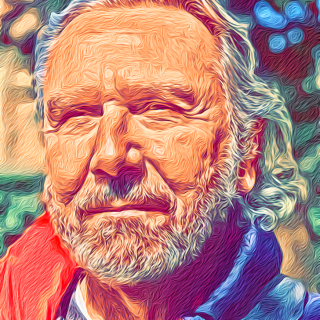 Lawrence Pintak is an award-winning journalist and scholar. He is a former CBS News Middle East correspondent and was founding dean of the Edward R. Murrow College of Communication at Washington State University (2009-2016). He was named a Fellow of the Society by the Society of Professional Journalists in 2017 for "outstanding service to the profession of journalism" around the world. Pintak is a contributor to ForeignPolicy.com, The Daily Beast, and other outlets. Read his articles at pintak.com. His books include Reflections in a Bloodshot Lens: America, Islam & The War of Ideas; Islam for Journalists (co-editor); The New Arab Journalist; and Seeds of Hate: How America’s Flawed Middle East Policy Ignited the Jihad. He holds a PhD in Islamic Studies from the University of Wales, Trinity St. David. Follow him on Twitter @LPintak.

Pres. Trump may have made nice with Saudi Arabia, but Muslims in America still feel under siege. I speak with